Unknowingly, They Assisted With The Theft 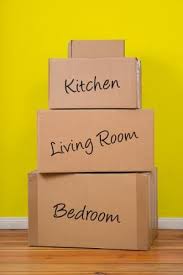 Whether you are moving just across town, or from one coast to the other, there are a variety of reasons to have a thorough inventory of your contents before loading them onto the truck.

Though it is prudent to always have a document of your belongings, many do not. If you haven’t created yours yet, moving is a great time to compile this information. The most obvious reason is that you will have all electronics and appliances unplugged. This gives you easy access to the model and serial numbers of each.

Why do you need these? If stolen during the move, or after you’ve moved, you will be able to give the police the serial numbers. This is the best way to prove ownership if the police are able to recover the stolen property. The model number will help prove the value to the insurance company. Taking photos when these furnishings are unplugged will also be easier than when they were connected in an entertainment center or audio cabinet.

When moving a long distance, there is a chance for a fire, theft, or other loss during transit. Though it doesn’t happen often, there have been documented reports of people losing everything they owned that was in a moving van.

One couple reports that when moving across country, the moving van was in an accident and caught fire. Everything on the truck was destroyed. Of course, the moving company documented the large furniture and appliances. However, for all of the items that were packed in boxes, the only inventory the owners received from them was the number of boxes placed on the truck. They did not list what was in each box. Since the couple couldn’t remember everything they owned, they faced a loss of thousands of dollars.

Another incident was reported in the IJReview.com. A couple moved just 20 minutes away. They did their due diligence, or so they thought, and hired a company that came highly-rated with great five-star reviews on a social media site.

After the truck was packed, the movers left and never showed up at the new residence. Everything they owned was in that van. The couple realized later that the reason the movers suggested they label the contents of each box was so the thieves would know what boxes had the most valuables. More than $15,000 worth of items were taken, leaving the couple in a completely empty home, with absolutely nothing.

An inventory compiled prior to the movers arriving would have been so helpful. They would have been able to remember what they owned, prove the value, and be able to file an insurance claim immediately. Instead, they had to create a GoFundMe account.

You just don’t know when you’re going to face a loss – whether it’s from a fire, theft, natural disaster, or even during a move. Having an inventory serves so many purposes, and enabling you to file an accurate insurance claim quickly and thoroughly is just one of the benefits of this document.